When speaking to successful people–successful in business, sports, life, family, academia, getting out of bed daily–about their paths to success, there is a common trait. That the road to success wasn’t always that straight. It was characterised by bumps, detours, u-turns, dead stops and a lot of thick mud. If it was easy, everyone would be so successful, right?!

The health and fitness journey is much the same, especially because the overarching goal is lifelong fitness. Your PB graph is going to be far from linear. That’s how it goes naturally, but sometimes it’s good for you to consciously turn back with a view to better progress. Yes, go backwards in order to go forwards.

Consider the pull-up. You start with a simple ring row and end up with the technical butterfly chest-to-bar pull-up on the extreme opposite. If you end up stuck at one of the stages of progression for longer than you’d like to, you aren’t moving forward. The most common strategy is then to layer on more work, which can and does work at times. But try a regression.

If your kipping pull-up capacity just isn’t growing, go back to focusing more on your strict pull-up strength and use jumping pull-ups on a lower box in metcons. If you’re a handstand push-up ninja, increase the deficit by a lot and only work the eccentric until you can press out of the bottom–that’s regressing to turn a strength into new skill!

If your running capacity feels stuck, don’t just run more. Tweak your mechanics and use shorter runs and sprint work to dial it in. It will improve your running in the long term.

Taking a step back is also a lesson in enjoying and respecting the process, which is especially important in fitness because there is no end destination. So if you’re hesitant to hold or back for a bit, it’s just your ego getting in the way. Try it. Silence the ego, take a step back for a while, and take note of your progress. But don’t forget to enjoy the process! 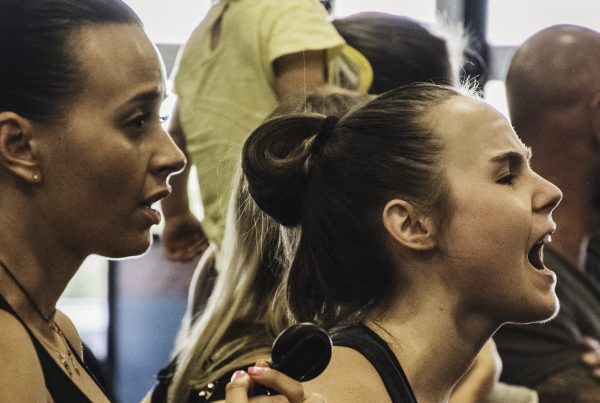